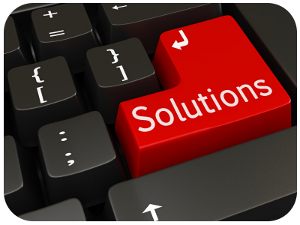 Then one day Jeff noticed that business was slowing down for no apparent reason.

He then received a telephone call from one of his main dealers, who told him about a number of allegations which had been made against Jeff and his company over the internet. Jeff was not aware of this before, and to his horror, he soon discovered that he was described on the internet as a thief, a crook, and a fraud.

When business was thriving Jeff did not give much attention to the internet reputation of his company. He had never done much to promote his business reputation online, and had never participated in internet forums or written a blog. But now, it has all gone quiet.

When he typed his company's name in the search box,  he suddenly realised where all his business had gone.

Most of the negative material about him looked as if it had been written by the same people. Upon further investigation, we identified the main source of the defamatory material as a "dedicated second-hand parts review" website.

Jeff had recognised the advertisers on that website as his main competitors, and we quickly linked them to the source of some of the most defamatory comments and reviews about him on the internet.

It took some time to completely clear the internet from the defamation against Jeff, but we got it done. Matters slowly started to improve, and his business is now back to normal.