Redundancy and Defamation by Employees 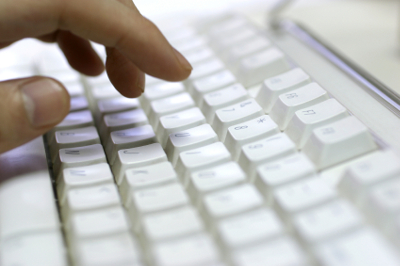 Your employees are the people who are most likely to take a confrontational approach on the internet against your company.

Disgruntled employees are responsible for much of the defamatory and unauthorised dissemination of information about a company and its practices.

Obviously, employees should not be exposed to untoward company practices or asked to participate in them. The handling of redundancy, of which we have seen so much during the recent recession, is also important. Many articulate and intelligent employees have lately been made redundant, providing important information as to the correct approach a company should take when handling this matter.

Many former employees who turn to the internet to air their dissatisfaction about the practices of their former company do so because they feel bitterness and outrage, not necessarily about the economic decision that made them redundant, but rather because of the handling of the redundancy by the company and the evasive manner in which the unfortunate news was communicated to them.

It is the lack of transparency and the absence of effective communication that results in many cases of internet reputation damage.

How to effectively communicate to employees important changes to the company’s structure, such as redundancy.

Have face-to-face conversations with individual employees.

Communicate clearly the changes that are taking place, and carry out a real and transparent conversation. This does not mean you have to follow every employee’s advice, but it might result in some good ideas being thrown into the conversation, particularly in a large organisation where their experience might be unknown.

Call your employees to a meeting. Remind them that the information given to them is confidential and that you have decided to share it with them in order to allow an open and constructive discussion.

Create an agenda for the meeting and keep it constructive. Listen to the employees’ concerns. Try to address any perception of unfairness or prejudice. Provide an internal forum for discussion and for venting anger and frustration.

Give your employees the specifics about what is happening to the company.

Be transparent and honest, and give them access to some financial information if this is the reason for the change.

Avoid addressing delicate issues in an external email or press release before conferring with the employees. Such practices create an environment of fear, distrust, and resentment. These are exactly the ingredients that drive individuals to air their feelings online. Deliver the news to your employees as quickly as possible after management has decided on a cause of action.

Don't allow rumours to spread, as they create fear and uncertainty. Articulate clearly the course of action which is to be taken by both company management and by the employees, and the timetable for its implementation. Action counters fear and defeats uncertainty and frustration.

Provide your employees with an ongoing forum for discussion. Do a lot of listening. Consider using the company’s internal blog to allow employees to exchange comments and suggestions and have access to the highest possible management level. You can create this access through a blog, podcasts, or live video chats.

Never treat employees as if they are no longer important to you just because they are likely to be made redundant soon. Some will say nothing until the day they part with the company, but soon after, they will air their views in their own personal blogs and in other public internet forums.