How to remove criminal record from Google

In our younger days, some of us did things we later came to regret. We wronged people or made them upset. Guilty as charged. We can't turn back the wheels of time, however and usually we mature and move on to better and greater things.

But what if, out of the blue, an indiscretion from 10, 20, or 30 years ago suddenly resurfaces, wreaking havoc on our family life, our business, our achievements, our good name? It resurfaces because someone causes it to, in order to destroy everything we have worked for.

Before the internet, it was relatively easy to put the past behind us, assuming we hadn't left a forgotten son or daughter somewhere. In the pre-internet days, it would have been almost inconceivable for someone, especially someone from another country, to make a comeback into our lives and systematically start destroying us.

Now things have changed dramatically, and shadows from the past can haunt us almost to the grave. This is possible with the click of a button using current technology. Just ask Frank.

Frank Backerfield (not his real name), a successful English entrepreneur, recently saw an incident from his past make a nasty reappearance for the sole purpose of completely destroying him.

You see, when Frank was a bit younger, he used to be...Well, let’s call him a playboy.

A handsome devil, he travelled around the world telling rich women that he loved them, when actually he just wanted to have some fun or spend their money. Apparently, he left a number of broken-hearted women crying their eyes out in fancy hotel rooms, expecting them to foot the bills and forget about him as quickly as they had fallen in love with him.

At the time, none of the parties involved believed they would ever meet again. Most of the women he engaged with had no desire to ever hear his name again, let alone reunite. After a number of years of messing around, and having banked a criminal conviction which resulted in a jail term Frank had had enough, and decided to go straight.

With his little savings he opened a small night club. He managed it so successfully that within a couple of years, it was earning him a fortune. He then opened four more clubs around London and eventually became an established and respected figure in the London entertainment scene.

Frank even got married to Claire, (not her real name) a lady from Middlesex, who knew all about his past and they lived in harmony with their four children in a lovely Essex country home.

Then one day, Frank received a phone call from a trusted friend, asking him if he knew a lady by the name of Laura Park, from Canada.

The name did ring a bell, but Frank was unable to recollect specific details. The friend then advised Frank to do an internet search of his name.

It had been ages since Frank had used the internet. Normally his wife or one of his assistants would deal with the internet for him, as he was very busy and felt that going online was a waste of time.

But now Frank did a search on Google, and to his astonishment he discovered that a Laura Park had written several blog posts about him and had even published a book (available on Amazon) called something like How My Life Was Changed Following My Short Encounter With The Fraudster Frank Backerfield. 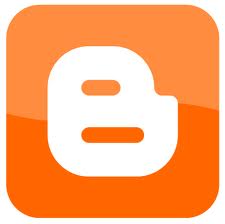 In her blogs and her self-published book, Laura Park described her encounter with Frank some 25 years earlier and how he allegedly deceived her to sleep with him and caused her to leave her husband and her two children, only to be dumped by him within a fortnight. She described Frank as a living monster, a fraud, a con man. She disclosed his old criminal conviction and declared very openly that her intention was to destroy him, and she made a "personal commitment" to turn everything Frank had ever created into ashes.

Unbeknown to Frank, Laura Park’s campaign had been going on for a number of years. She had posted personal videos on YouTube, Blogger and other websites. She had created dozens of blogs and websites of her own and had told her story in every possible forum on the internet.

But it was only after Google changed its algorithm that her blogs started to appear on the internet whenever Frank Backerfield’s name was searched within the UK.

Initially, Frank ignored the campaign and focused on his business. But as inquisitive telephone calls mounted from friends, family, and business associates, and as the pressure from his wife grew, he decided he needed to do something. His business started to suffer, and he could not stand to be labelled a fraudster to the world. He had no choice but to take action.

But fixing the mess would not be easy.

The woman was now devoting her whole life trying to destroy Frank. She lived outside the jurisdiction of the English courts and was posting all her claims on websites located outside the UK. To add to the problem, the quantity of the material was very great and much of it was true. That meant that a major clean-up operation was required, a very challenging task.

The best way to deal with this sort of menace is to take a very systematic approach and start the clean-up operation from scratch. As there was no point in trying to persuade Laura Park to stop her campaign, we decided to obtain an injunction under the Protection from Harassment Act against the internet service providers that hosted the material she had posted and against Google. You can obtain an harassment injunction against a website operator or against an online publisher even if much of the information they publish is true. Once an injunction was obtained, the next step was to start enforcing it across the globe with the help of local process servers and lawyers.

One by one, the posts were removed, and the hundreds of internet links that pointed to them gradually became inactive. Eventually, they were removed by the search engines’ spiders and what was left was de-listed by Google.

At the same time, a defensive manipulation strategy was employed to make sure that the vacuum left by the disabled links was being filled with plenty of legitimate articles, blogs, and information about Frank Backerfield.

Frank’s reputation was eventually restored and the risk to his well being and to his financial interests was removed. But he is still a very nervous man and will probably remain so for the rest of his life. The internet however will remain clear of any mentions of his past activities, him now being a reformed man.

Remove from Google ICO right to be forgotten application