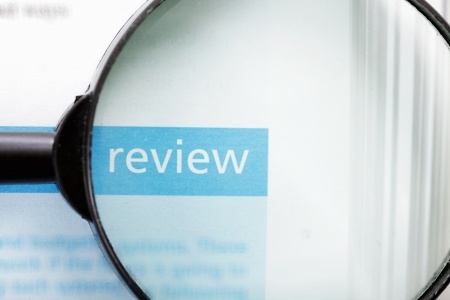 It is estimated by researchers that between 16 to 20 per cent of social media reviews are fake. We believe however that the real number is much higher.

We believe that between 50 to 65 per cent of all online reviews are fake.

A research by Harvard Business School entitled “Fake It Till You Make It: Reputation, Competition, and Yelp Review Fraud 24 September 2013” points to an emerging industry of fake review creation, which is primarily being driven by business owners who either leave positive reviews for themselves, negative reviews for their competitors or a combination of both.

What sort of business owner is most likely to do such a thing? Those that stand to gain the most, that’s who. Fake reviews are likely to be submitted by businesses who suffer from an existing weak reputation.

Sometimes this is deserved; some businesses are just hopeless. Amazingly, a few actually survive for long periods this way. One category that suffers includes those businesses that operate in a sector which tends to attract negative reviews in a larger ratio than what is representative.

Hotels are a very good example. Many people find their hotel through review sites, such as Trip Advisor. Most will at least check their prospective hotel prior to booking with a travel agent. People have wised up to travel brochures depicting empty swimming pools at sunset, delicious food and perfect tranquillity.

When people have an enjoyable experience they tend not to be particularly motivated to share the ‘good news’, but when holiday plans are spoiled by a hotel that didn’t live up to expectations (no matter how unrealistic they were), people become very motivated to write highly emotive negative reviews.

To combat this, some owners have taken to create positive reviews about their own business to nullify existing poor reviews through a process of driving them lower and reducing their overall effect of the ‘overall average’; 5 fake positives will sufficiently dilute 1 genuine negative.

This is now a widespread practice. Alternatively, and far more sinisterly, some owners adopt the tactic of submitting fake negatives about their competitors. It is no real stretch of ones imagination to see why. Once an owner has discovered an apparent solution to all their negative reviews, they may also conclude that this is also a very neat solution to all the positive reviews their competition (deservedly) receives.

As previously commented upon in other articles of ours, this is a powerful influencer in the pre-decision process of consumers and most businesses will never realise what they have missed out on. This is why when our solicitors assess negative reviews for authenticity, they will consider suspected fraudulent negative reviews against positive reviews for the competition. Patterns often emerge in a coordinated campaign.

This latest Harvard Business School ‎research confirms our own observations that fake and fraudulent reviews tend to stand out as being more extreme than the average industry review, both in terms of the language and tone employed, often being highly emotive and vitriolic. Fraudulent reviews are most likely to be written out of despair rather than for any other reason and this could sometimes be evident by the language used in the review as well as by noticeable inconsistencies with other reviews on the same website and on other review websites.

This interesting research also makes the point that independent businesses that are not part of a national chain are more likely to commit review fraud, presumably because their customers are more likely to be influenced by online reviews and because they might find themselves under intense local competition.

It is also possible that they believe they can get away with it easily and the decision to embark on such action can be made with little trace or risk of exposure. Interestingly, business owners who have fewer reviews are more likely to fake reviews for themselves.

The reason for this is that with fewer reviews, the chances of achieving a ‘low quality score’ is higher than with a high volume of reviews. Two out of two negative reviews will result in a low rating score for the business whilst two negative reviews out of forty will hardly affect its ratings. We have found evidence of this in U.K. based review websites. Start-up businesses, for example, appear to be more susceptible to low quality scores on review websites simply because of the low volume of genuine reviews.

One of our greatest specialities is facilitating the removal of fake online reviews against hotels, guesthouses and restaurants worldwide. We use our knowledge and familiarity with the back end of the internet together with our deep understanding and experience in obtaining disclosure orders worldwide. If you suspect that there are fake reviews published against your establishment, hotel, guesthouse or restaurant, be assured we will obtain the proof you need and ensure the fake reviews are removed from the internet, no matter how many of the reviews are there or where in the world they had been posted.