What to do if you are being harassed on Tattle.life

Naturally, those who are in the public eye, often attract gossip and discussions concerning their private life. However, this does not mean that those harassing them can evade responsibility for online harassment, if their actions go beyond what is permitted.

Can you delete threads from Tattle.life

How to stop harassment on Tattle.life

How to remove posts from Tattle.life

Solicitors thoughts about the case

Tattle.life is an online forum where people can express their opinions freely in long threads and comment against an individual who they don’t like – most commonly someone in the public eye. It is often women who target other women predominantly, yet men can be victims and perpetrators as well. This website Tattle.life allows individuals to openly criticise others and brew gossip, which in many cases leads to online trolling and harassment against the victim when their targeting becomes intensive.

Although the website proclaims that it is not there to encourage bullying, or arguments or targeting of any sort, they seem to rely on the term ‘gossip’ which almost makes this type of online harassment permissable, because influencers in the public eye bring the gossip and attention to themselves. We often have clients who call us in a state of panic and hurt after they have become the focus of a thread on Tattle.life. Often, they want us to do everything within our power to make the torment and public abuse disappear.

Can you delete threads from Tattle.life

It is possible to delete entire threads from Tattle.life. Our client Emma, (not her real name) was a social media influencer who sometimes received promotional gifts from well known fashion brands. Her public image was therefore important to her, and indeed some would say that her posts to social media were that, which seemed rather vain and that she was someone who liked to brag about her good fortune. Her social media posts, presented her as having the perfect body, skin and hair, the perfect car and boyfriend – a lifestyle that any girl could only dream of.

Yet, with a lifestyle like this, Emma had become the target of an orchestrated harassment attack and abuse on Tattle.life. The threads on Tattle.life were vicious and mean, making fun of Emma’s appearance, and completely amplifying and exaggerating a cosmetic procedures which she underwent due to medical reasons.

The harassment extended to alluding that Emma was a fraudster, a liar and some of the posts intruded into her private life in a way which went beyond what we considered was accepted, even for someone who is in the public eye. There seemed to be one account in particular under a pseudonym user account that was the ringleader of the attacks on Tattle.life against Emma. The abuse from Tattle.life found its way to Emma’s other social media accounts, where social media users began to amplify the gossip, lies and cruel comments on Tattle.life.

How to stop harassment on Tattle.life

Emma was fully aware of her status in the public eye. She had experienced online abuse before. However, what she had not experienced was a clear campaign led by one or two individuals on a constant basis, which was constantly directed at her appearance and which started to intrude into her private life, including conversations about her alleged physical disability and mental health condition.

Emma was worried about the potential escalation not only in relation to the brands she worked with, but mainly the effect the constant digging was having on her well-being and on that of the people closed to her, who often also been mentioned in the harassing posts. It became Emma’s objective to find out who was responsible for initiating and fuelling the campaign against her. She wanted the harassment campaign to come to an end and for the people carrying it out to be held accountable.

Our solicitors were able to serve a Notice of Complaint on the website operator in relation to the abuse that Emma was experiencing. Upon our instructions and legal arguments, we provided Tattle.life with a detailed table of links to its website for removal as they were harming Emma. Our solicitors were also able to use their expertise and previous dealing with this website to demand that Tattle.life cooperate with a disclosure application to reveal with information about the posters who were the main contributors where Emma was concerned.

The outcome of the matter was that the vast majority of the threads, those who had been abusive or intrusive, had been deleted from Tattle.life, and it appeared that the main perpertrator had been scared off by the fear of his, or her, identity being revealed and the potential consequences that would have followed.

How to remove posts from Tattle.life

Some people may perceive certain types of online harassment as being more serious in comparison to other types. For example, an attack against someone’s image in a gossip thread, compared to a harassment campaign against someone in the form of blackmail, some may think that the latter is more important to deal with. However, online bullying and harassment should not be tolerated by anyone who feels victimised by the words or degraded in any way.

Despite being in the public eye, a celebrity does not necessarily choose to become a target for bullying, and just because someone is in the public eye, the public do not get the right to take advantage of this. Therefore, it is important to understand the principles behind accountability and understanding that we all have different needs with different problems to address. It is unlawful behaviour to cause someone distress online via online harassment and bullying, which is why there are legal measures in place to protect victims.

In the case of Emma, she felt distressed by the constant online bullying and intrusion into her private life. She even temporarily closed her social media accounts to block out the strangers trying to cause her harm. It was the solicitor’s job to work together with the operators of Tattle.Life and overcome, what appears to be a somewhat distorted starting point that says that personal attacks directed at public figures were permitted and legitimate, despite how vicious they might be.

In those type of cases, our solicitors often need to provide sufficient evidence to persuade Tattle.life that the harassment goes far beyond legitimate free speech and that if the harassment continues, it could seriously affect the individual’s well-being. This, together with requests for participation of the website operator with an application for Norwich Pharmacal Order, which is a third party disclosure order application, would often make the removal of the harassing posts more achievable.

Solicitors thoughts about the case

It is always a pleasant experience to be able to help a client who comes to you with little hope and with little faith left in them. Tattle.life is the sort of website that can easily destroy the life of an individual. The website is packed with verbal assault, lies and vicious individual attacks, which even experienced adults could find difficult to handle.

There is a line to be drawn between what is considered as free speech and defamation and harassment of an individual. Dealing with this specific client, who was a person in the public eye, and with Tattle.life, has been pleasant on one hand and challenging on the other. If the Individual who faces a verbal assault on Tattle.life is persistent and if they persevere, it is likely that at the end, despite various challenging steps by the website operators, they will eventually be able to bring the harassment against them to an end.

This can often be achieved by making the harassing users on Tattle.life aware that they are likely to be held accountable for their harassing conduct. 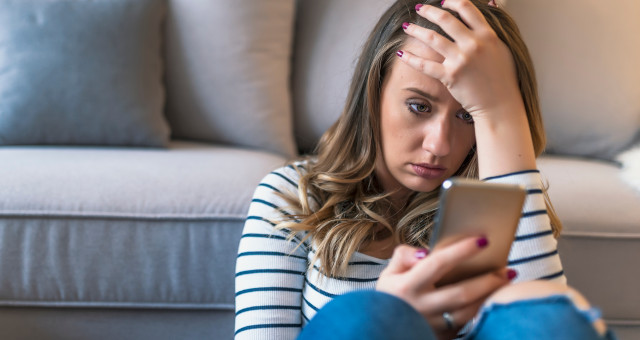 Yair Cohen comments about Tattle.life in The Irish Sun