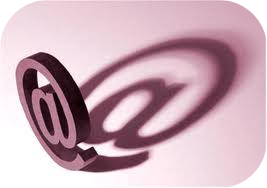 Defamation by an ex-employee. What can I do about it?

The defamation normally occurs through blogs, emails and by initiation of discussion groups in forums aimed at throwing as much dirt as possible at the former employee's company.

Occasionally, the defamatory work results from a collaboration of disgruntled individuals who decide to participate in the negative campaign.

More often than not, the disgruntled former employees who start defamation campaigns keep their identity hidden from the public, posting their defamatory comments anonymously.

Sometimes they use false identities to post their comments and emails, and to purchase internet services to promote their hate campaign. What they fail to realise is that their proactive attempts to conceal their true identities can be viewed as dishonest by a court, and might substantially diminish the credibility of allegations they may make during any subsequent legal proceedings.

After all, it is only sensible to conclude that the reason for using false personal details to make serious allegations against someone is to prevent these allegations from being fairly evaluated.

Dishonest behaviour is not encouraged by our legal system.

A good illustration is the 2001 decision of the High Court in the case of Takenaka (UK) and Corfe v David Frankl, which is still good law.

In that case, the High Court in London was tasked with protecting the reputation of a company, Takenaka UK Ltd, against the spread of lies against it by a disgruntled ex-employee.

At the conclusion of the proceedings, the ex-employee, David Frankl, was ordered to pay £26,000 damages as well as Takenaka’s legal costs of over £100,000.

His Honour Judge Alliott, sitting at the High Court in London, ruled that defamatory emails were sent by Frankl, using a false name, regarding his ex-employer.

In a series of emails that aimed to cause damage to Takenaka’s reputation, Mr Frankl (who was using the name of Christina Realtor) accused the company of hypocrisy, double standards and callousness.

He didn't get away with it, but that hasn't stopped other former employees from engaging in similar campaigns.